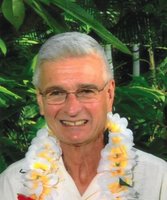 Philip Troudt Jr. a resident of Clackamas, Oregon died on January 15, 2018 in Portland. He was 69 years of age.

Philip was born on March 28, 1948 in Portland, Oregon and was the son of Philip and Olive (Gable) Troudt. He grew up in Portland and graduated from Jefferson High School. On June 28, 1968 he married Randy Smith and he worked as a garbage man for Troudt Brother’s Sanitary retiring in 2006.

Philip was a genuine person and all around nice guy. He enjoyed traveling to Cabo San Lucas, Hawaii and Palm Springs. He also loved going out to dinner with his daughter and son in law. His favorites are Old Country Kitchen & Tads.

Survivors included his daughter, Julie (husband, Ryan Anderson), sisters, Karen Tunstall and Phyllis Troudt along with 1 niece and 2 nephews. His wife, Randy preceded him in death.

A visitation will be held on Thursday, January 25, 2018 from 10:00 am – 12:00 pm followed by a Celebration of Life at 12:30 pm all hosted at Sunnyside Little Chapel of the Chimes in Happy Valley. Private inurnment will be at Sunnyside Chimes Memorial Gardens. Contributions may be made in memory of Philip to the Portland Providence Cancer Center or to Family Dog’s New Life at www.familydogsnewlife.com